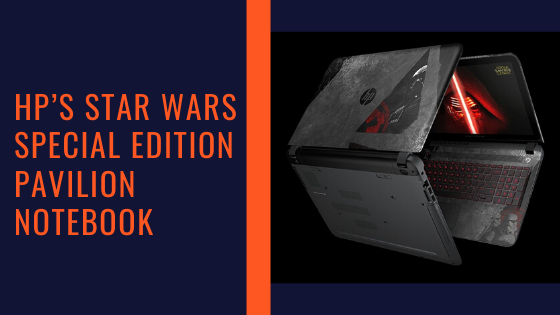 This is the laptop you’re looking for. HP has unveiled a very awesome Star Wars Special Edition Notebook just in time for the holidays and the release of Star Wars: The Force Awakens. 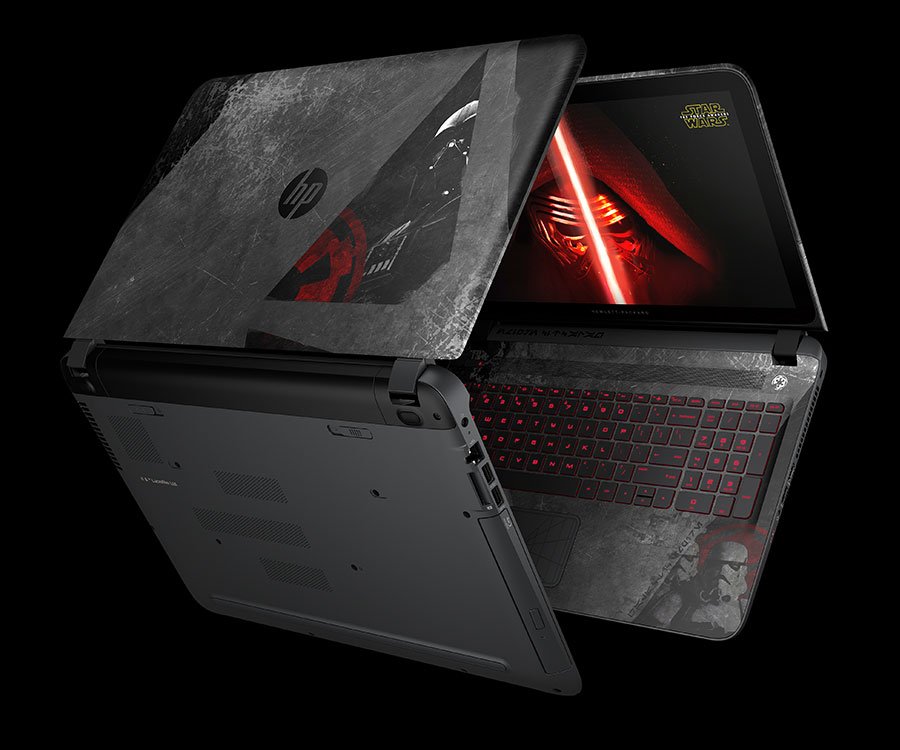 With a starting price of $699, this Star Wars Notebook is actually pretty fancy. It comes with a matte finish that is fingerprint resistance and the graphics that are printed all over the outer case are subtle yet striking and provide you with plenty of things to nerd over. Probably the coolest feature is the trackpad, which has been designed to look like the targeting computer of an X-Wing.

Built-in galleries and Star Wars assets are included in an app called the Star Wars Command Center. From the Command Center, you have the ability to choose from several sets of rotating desktop background images that include things like on-set photos, images from The Force Awakens, and storyboard images. In addition to that, a gallery section allows you to go through over 1,100 images in the Windows photo gallery.

This Star Wars model is a specially designed take on HP’s well-known Pavilion series of laptops. The laptop itself is a pretty standard HP Pavilion and isn’t the most exciting or high-end laptops though it is a reasonably priced product for Star Wars fans like myself. The dark side themed exterior and interior along with other nifty features (like the Death Star recycling bin) are all things that true Star Wars fans will enjoy.

The laptop itself has a 1,920 x 1,080 15.6″ screen with an optional touchscreen if you want. The processor options are from Intel’s current sixth-generation Core i5 and Core i7 line with RAM options going up to as much as 128GB and as much as 2TB of storage. Like all the other HP Pavilion models released in 2015, the Star Wars model comes with speakers from Bang & Olufsen, which also means that the company provided audio-tuning feedback on HP’s in-house designs.

If you’re a gamer then this might not be the laptop for you, which is weird. Though you can add some midlevel graphics to it if you wish with the highest GPU option available being the GeForce 940M from Nvidia. This option is good enough to run most current games at low-to-medium graphics, but if you’re trying to run EA’s newest Star Wars Battlefront game then you’re going to need something a little more powerful. 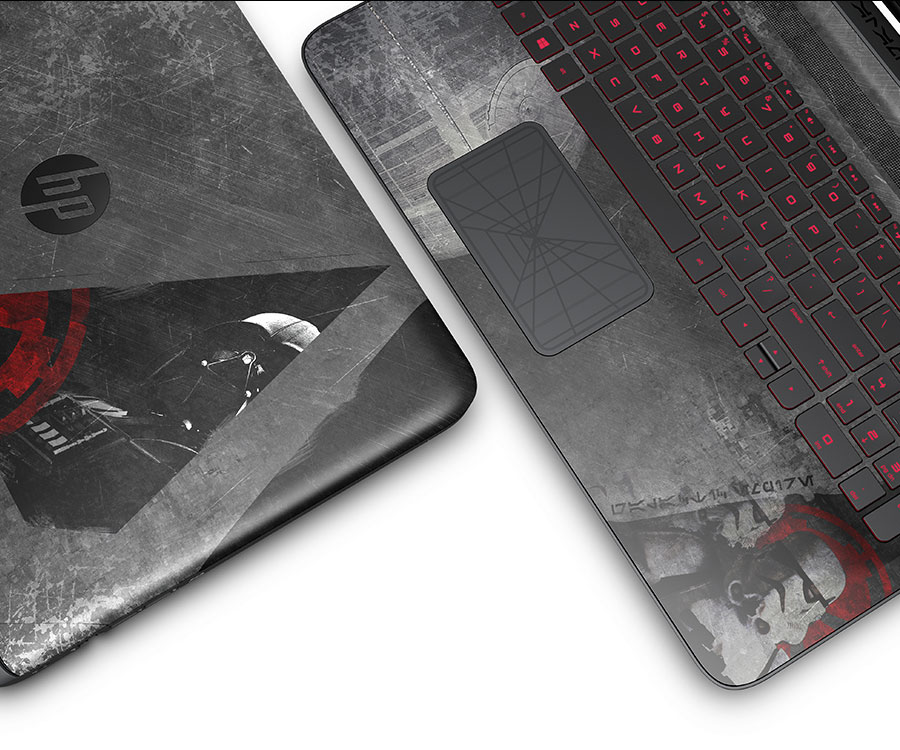 Other Star Wars features on this laptop include custom sound schemes that replace traditional computer sounds with things like lightsabers and the beeps and boops of everyone’s favorite astromech droid R2-D2. In addition to that Aurebesh font is also included. Aurebesh, for those of you who aren’t super nerds like me, is the Galactic Base Standard language in Star Wars and comes loaded in the font library. Bonus features include te first Marvel Star Wars comic in the series, e-book excerpts from the Star Wars Universe and Star Wars movie trailers, all of which come pre-loaded on the special edition notebook.

Selecting A Laptop: Everything You Need To Know

An Idea(Pad) for your Next Event 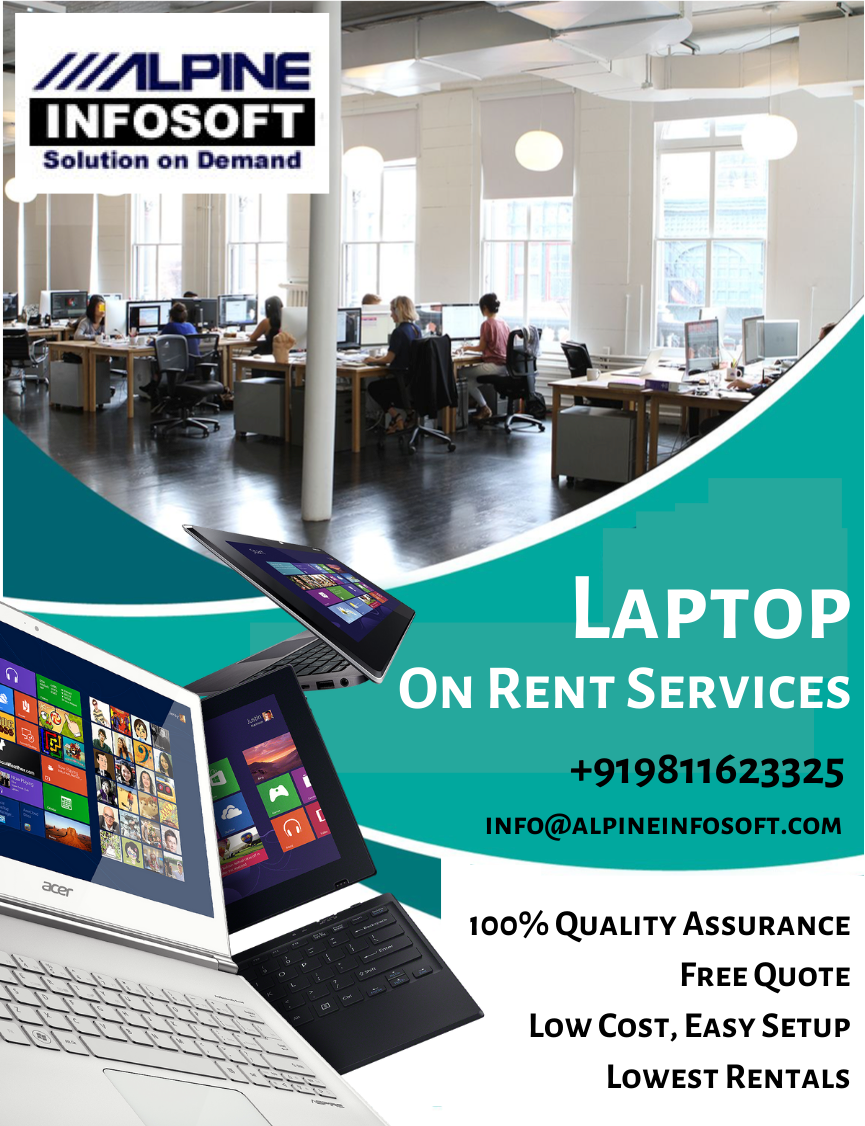